Due to Cavalry FC’s triumph in the 10-game Canadian Premier League spring season, the Calgary club’s motivations have differed from those of its counterparts’ during the current CPL fall season.

While Forge FC’s Bobby Smyrniotis and FC Edmonton’s Jeff Paulus have been devising game plans with a focus on earning a berth in the CPL Championship series with a fall season victory, Cavalry FC coach Tommy Wheeldon Jr. has been formulating strategies knowing, since June, that Cavalry FC is guaranteed a spot at the CPL’s 2019 grand finale.

“We just have to manage the roster for the next couple of games.” – Tommy Wheeldon Jr., Cavalry FC head coach

As a result, Cavalry FC was likely going to have moment in the 18-game fall season when it could step back and consolidate any depleted resources, without sacrificing anything tangible.

And with the current state of the Cavs squad – suffering a few injuries and tired from a deep Canadian Championship cup run – that moment may have just arrived.

“We just have to manage the roster for the next couple of games,” conceded Wheeldon Jr. after Sunday’s 1-0 loss to Forge FC. “Then we have significant breaks between games in September to get the squad back to health again, in time for the October run in towards the championship final.”

To paraphrase the Cavs’ gaffer: Survive the next few games. Get fit again in September. Then move up the gears in October.

It’s an honest assessment from Wheeldon Jr. And the wise one, if the aim remains the CPL Championship.

His true challenge may be convincing his players to find a balance between competing and playing it cool, when necessary.

Club captain Ledgerwood and Co. have grown accustomed to winning. And it might be difficult for some Cavs to relax. As an example, right winger Nico Pasquotti, as any traumatized opposing left backs will surely attest to, seems to have only one intensity level.

Will Wheeldon Jr. ever want or need (or have the courage) to ask Pasquotti to take the foot of the gas pedal? And how much off the pedal do you want to raise your foot?

Also, would the paying casual fan be satisfied with a draw or a loss that doesn’t matter in the grand scheme of things, even when a win was expected? Fans want to see their club win, especially if they pay for the privilege.

The Spruce Meadows leg of the CPL Championship final in October or November will undoubtedly be a 5,500+ fan sell-out, similar to the recent Montreal Impact Canadian Championship semifinal second-leg. It will be the biggest game of the inaugural season. 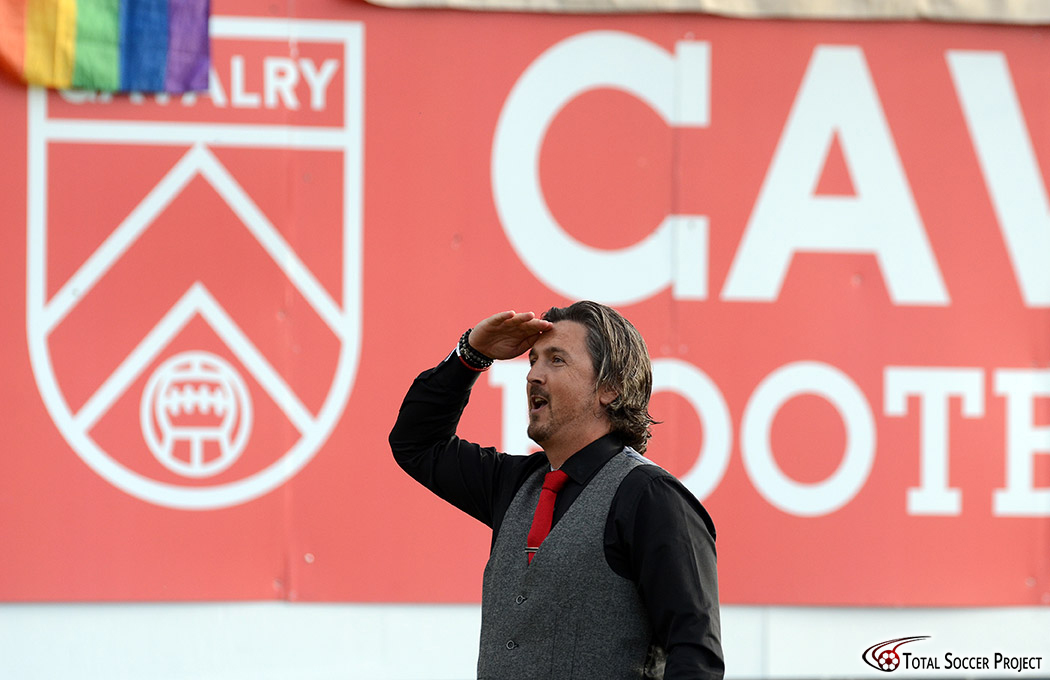 But the club seems to be averaging between 3,000 to 3,500 fans for recent league games. Cavalry FC and Wheeldon Jr. would like to see more fans of course, given the venue’s capacity. And continued success would help. So, will Wheeldon Jr. be willing to risk underwhelming casual fans by turning down the intensity level, in favour of ensuring his players are fit for the CPL final?

The CPL’s lopsided split-season format was always going cause issues. The current dilemma facing Cavalry FC was very predictable, though it is, strangely enough, an envious position to be in.

But it sounds like Wheeldon Jr. may embrace a pragmatic approach for at least a portion of the fall season, with an eye towards the end of October and the ultimate prize.

In truth, a depleted and tired squad probably helps him decide on his approach over the next month or so.