Ledgerwood will also be chipping in to help train youth players in the Calgary Foothills acedemy.

“To have a professional league across Canada will give the sport exposure and will create an environment for young footballers to further their careers.” – Nik Ledgerwood

“Being able to work with youth players in Calgary is very motivating to me,” said Ledgerwood. “It is where I grew up and where I developed as a youth player and now I am in a position to be able to give back to the community. I am very thankful for this opportunity.”

“Signing Nik has been a big coup for us this season and signals our future intentions,” said Wheeldon. “Nik is by no means here to wind down his playing career. He is here to stay sharp and inspire the next generation of Canadian players, whether it’s playing with our PDL team or through the Academy players that he will help train.”

However, the 33-year-old says he was motivated to stay in Canada due to the anticipated launch of the Canadian Premier League (CPL) – the new professional Canadian soccer league, set to kick-off in April 2019. 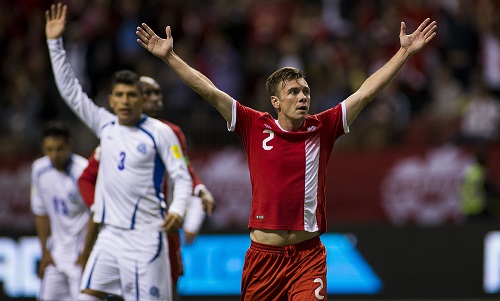 “I am very excited about the CPL, it’s something Canadian kids have not had growing up,” he says. “To have a professional league across Canada will give the sport exposure and will create an environment for young footballers to further their careers. To be part of that right from the start is why I’m here.”

Calgary Foothills FC begin their 2018 PDL season on May 11 at home vs the Victoria Highlanders FC.