Cavalry FC kicks off the Canadian Premier League’s Island Games against 2019 CPL champions Forge FC in Prince Edward Island Thursday. The 35-game tournament replaced the league’s original 2020 season after it was postponed due to the COVID-19 pandemic in March.

This will be the first time either team has played a competitive match since November 2019 when Forge FC beat Calgary’s club to claim the inaugural title at Spruce Meadows.

But Cavalry head coach Tommy Wheeldon Jr. admitted flexibility will be key while trying to navigate the competition’s unique and compact format – each club will play seven games over the first three weeks before the top four move on to round two.

“We have to maintain another strength of ours and that’s tactical flexibility,” said Wheeldon Jr. during a media call Wednesday. “What is the game telling you? Is it working? We’ve got a plan B and C accordingly.

“We know things that we’ve got up our sleeves. We also have back up plans if the game tells us other pictures. If there’re water breaks and intermissions like that, it gives opportunities to coach and adjust.”

Fan-favourite winger Jose Escalante and much-touted forward Richard Luca, signed in the off-season, are stranded abroad due to the pandemic and will not join the squad in P.E.I. And Cavalry FC’s 2019 top goal scorer Dominique Malonga left the club to play in Bulgaria at the end of last season. 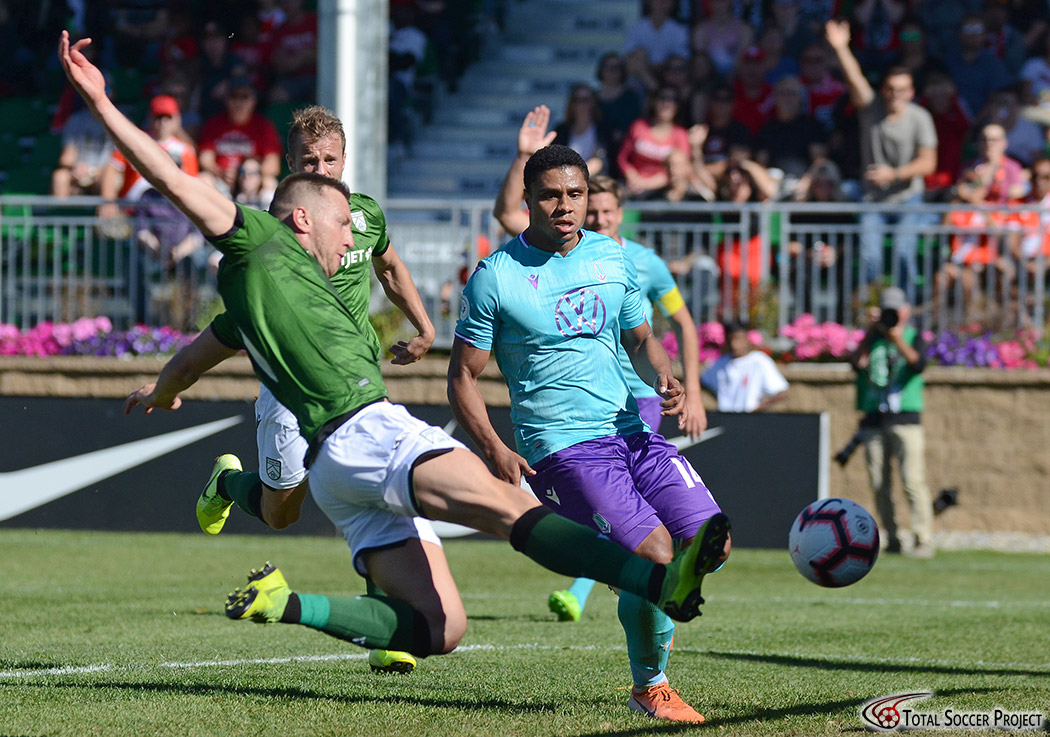 But Wheeldon Jr. is confident he’ll be able to arrange his squad in a way that guarantees goals.

“I guess I see myself more as a tailor than a coach,” said Wheeldon Jr. “Here’s the materials you have. And put them in the best possible formation and best style possible.”

And Wheeldon Jr. believes the likes of Jordan Brown, Oliver Minatel, Sergio Camargo and new signing Marcus Haber are more than capable of grabbing the goals the Cavs will need to advance through the tournament.

Nearly half of the current Cavalry FC squad played under Wheeldon Jr. at Calgary Foothills FC when he won the Premier Development League (now USL League Two) championship in 2018. And the Cavs coach believes the experience of winning the PDL only improves his club’s chances in the Island Games.

The PDL season format wasn’t too dissimilar to the CPL Island Games, with games coming thick and fast during a short time period with little time to recuperate. And Wheeldon Jr. thinks his squad is properly geared for such a compact competition.

“At least half my squad has been there,” said Wheeldon Jr. “In hindsight, that’s a great preparation for this competition. For us we see that as a marginal gain and advantage.”

The CPL’s Island Games format is more attuned with a tournament than a league season. Each club only plays seven matches in the opening round before the best four clubs advance to the second round. Club’s that falter early could find themselves eliminated within the first few weeks of the competition.

And Cavalry FC’s head coach is aware of the importance of a getting off to a good start.

“If you start well, you’re going to be rewarded for it,” said Wheeldon Jr. “The thing for us is trying to find a rhythm early. If we do that, we’ll give ourselves a good chance for success.”

5. Forge FC were worthy 2019 CPL champions and are among favourites again

Much was made by Cavalry FC regular season success in 2019. The club topped the table last year.

But in a way, Cavalry FC was a victim of the inaugural season’s format. There wasn’t any great advantage for any club winning the regular season. And Calgary’s club eventually came up short in the final. That particular format issue was to be fixed with the original 2020 season league/playoffs format. But we’ll have to wait until next season to see it in practice.

In the end, it was Forge who kept themselves close enough to Cavalry FC to ensure they were there at the end to pip Cavalry FC to the championship in 2019, beating Calgary’s club convincingly over the two-legged CPL Final. In hindsight, Hamilton’s club played out the season perfectly, making sure they peaked at the right moments.

Forge FC is many pundits’ favourites to win the Island Games. And justifiably so given the club’s experience and prior success.