The division’s schedule will again see the majority of the matches played on Friday nights and Sunday afternoons – a format that proved successful last season. Each club will play 14 regular season matches – 7 home and 7 away.

Foothills FC will be hoping to repeat the successes of 2016. The Calgary club won the Northwest Division and Western Conference on their way to the PDL championship final, eventually falling just short in the final match to Michigan Bucks. 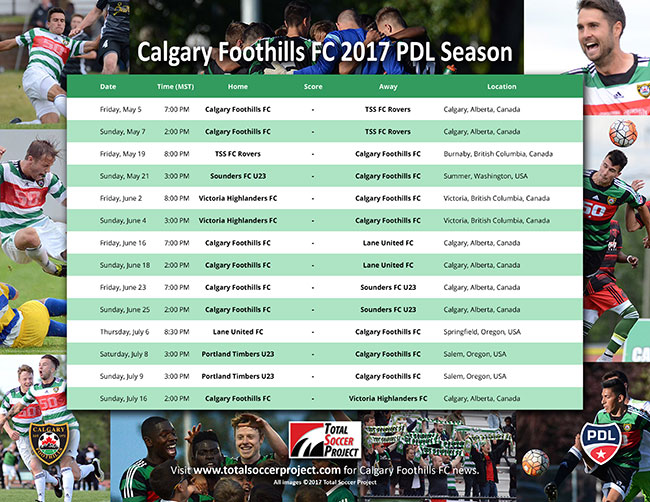