Ivan Perez’s goal in added time earned Atlético Ottawa all three points against HFX Wanderers after the hosts had surrendered a two-goal lead late at TD Place in Ottawa Wednesday.

Atlético kicked off in the 91st minute in hope rather than in expectation after Sam Salter had just calmly slotted home a penalty for HFX Wanderers to tie the game at 2-2. It appeared as though a generally positive display for the home side was about to end very disappointingly: a 2-0 lead thrown away, and Ottawa’s best performers on the night – Ballou Tabla, Ollie Bassett, Keven Alemán – all substituted and watching on impotently from the bench.

Alemán, on his third start of the season, had opened the scoring with a wickedly swerving cross from the left that caught Christian Oxner napping. At first glance it seemed like a complete fluke, but on second viewing it’s clear that Alemán has a look up and spots the keeper out of position. Alemán confirmed as much after the match.

“When I saw the goalkeeper, I hit it with the outside of my foot to try and look for that bend,” he said. It was a well-deserved lead for the home side, even if they first had to survive an early scare with a Pierre Lamothe strike chalked off for offside. 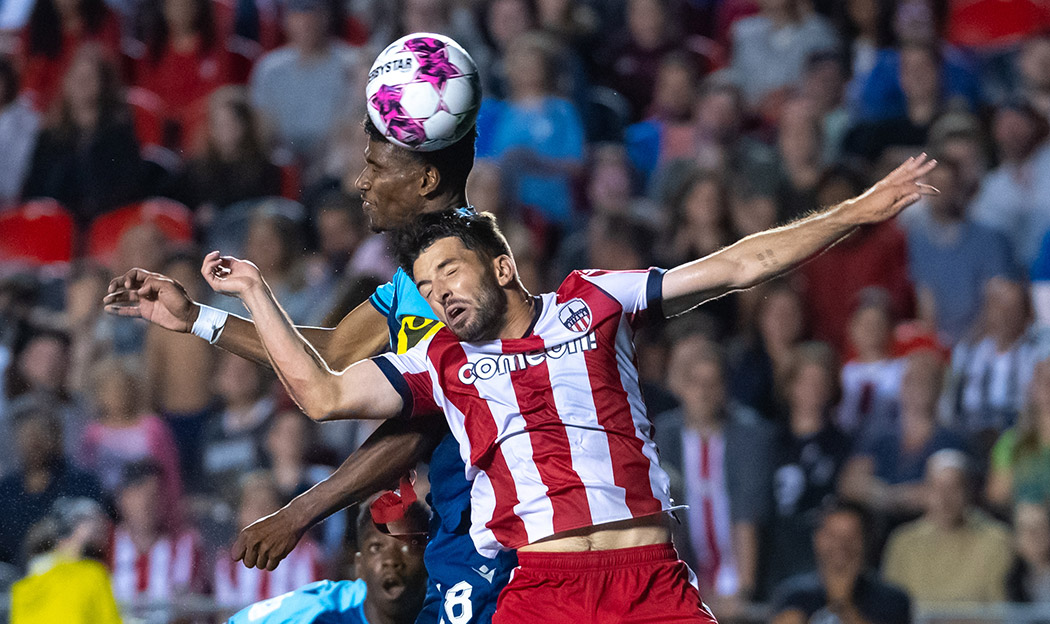 Ballou Tabla was in stunning form Wednesday, dropping deeper and linking play superbly, at times seeming to have his own gravitational pull as panicked HFX defenders were sucked towards him in an attempt to nullify his threat. In the 50th minute, he picked up the ball just outside his own area and danced around Aidan Daniels’ half-hearted challenge. With some space in front of him, he surged forward, drawing no less than four Halifax players into his orbit – and evading them all. Suddenly there were acres of space for Ottawa to attack. Tabla found Bahous, and then Alemán weighted a lovely pass down the right to Brian Wright. The striker had been largely anonymous to this point, but his cross into the box was picture-perfect, curling and skipping off the wet surface and landing right in front of Maxim Tissot, whose headlong sprint from left-back to centre-forward was rewarded with an easy finish that he dispatched with aplomb.

It was a stunning counter-attack, and Carlos Gonzales said after the game that the team had worked on several elements of the attack in training: getting more players into the box and timing counter attacks to allow support to arrive.

“If you give more passes, you give time to the other players to reach the box,” the Spanish coach explained.

But the visitors showed no signs of throwing in the towel, and seven minutes later they scored an excellent goal of their own. Andre Rampersad cleverly dummied a Daniels pass to allow Zachary Fernandez to cut a cross back from the byline. Daniels arrived in the box but let it run to Lamothe, whose composed finish left Sean Melvin with no chance. With Ottawa’s regular goalkeeper Nate Ingham rested during this run of three games in a week, Melvin performed solidly if unspectacularly, and couldn’t be faulted for the goals he conceded.

From a position of power, Ottawa were now nervous even if Halifax lacked the penetration to engineer clear chances. The game was petering out when suddenly Lifumpa Mwandwe crashed to the floor in the penalty box with Macdonald Niba in close quarters. Perhaps there was some contact, perhaps Mwandwe tripped over his own legs, but a penalty was the result and crushing disappointment was the sentiment in the as-always packed TD Place.

If the previous 90 minutes had been something of an emotional rollercoaster, the next three made them seem like a walk in the park. Miguel Acosta hopefully stabbed the ball forward towards Carl Haworth, who appeared to be level with the last defender – or possibly marginally offside. The ball then clearly clipped the arm of Eriks Santos, and the assistant referee’s flag shot up. 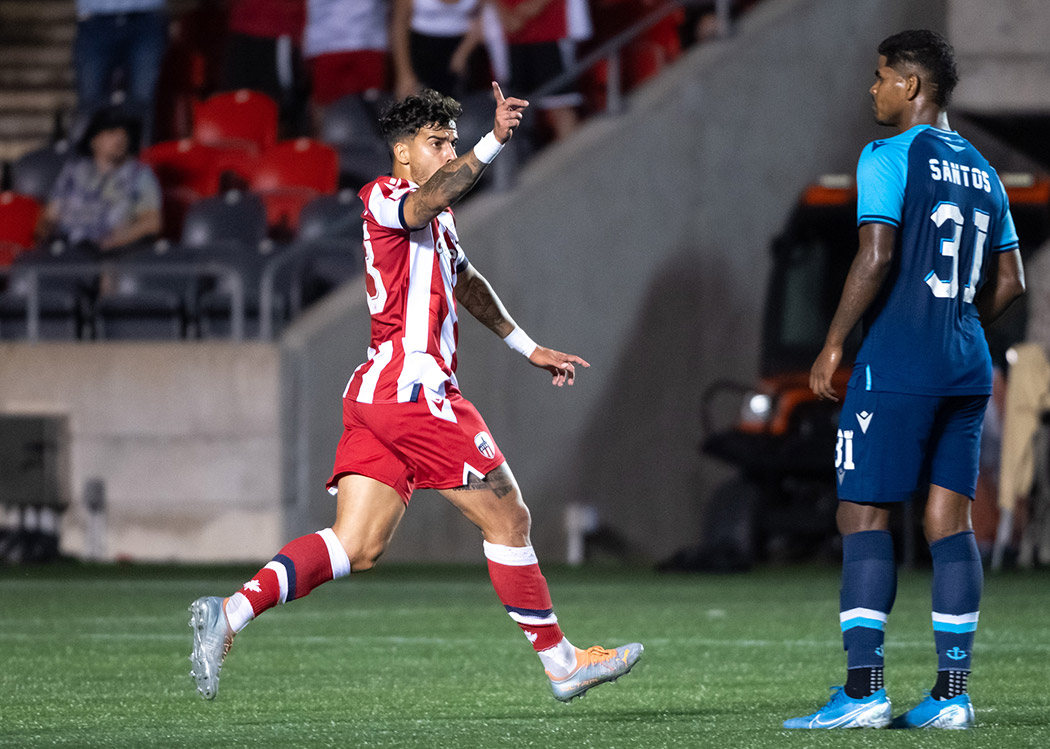 But was it for offside against Haworth, or handball against Eriks? If it was the latter, then it would have been incredibly unjust to not allow advantage to be played. Haworth played to the whistle and whipped a cross into the centre, where the arriving substitute Ivan Perez slid it home… and then bedlam broke out as the referee appeared to disallow the goal while the Atlético Ottawa players celebrated wildly. After what seemed like an eternity as the referee consulted with his assistant, the goal was allowed and Ottawa had their victory.

The three points send Gonzalez’s men level on points with Forge and Pacific, albeit with a worse goal difference and more games played. The next two games, however, present a real challenge: a trip to Calgary to face Cavalry, and then Forge come to town. The last time they visited the capital, they left with a 4-0 win.

Tonight Ottawa certainly didn’t take the easy route to victory – but the evening was all the more thrilling for it.