As they did at the weekend against Pacific in Canadian Premier League action, Atlético Ottawa ended a game empty-handed despite creating more than enough chances to win. This time they were eliminated from the 2022 Canadian Championship on penalties by York United.

This defeat means the home side have still never won a Canadian Championship game – albeit after only two matches – and have also never beaten York United in eight attempts. The disappointment was palpable on a warm spring evening at TD Place, but there are nonetheless reasons to be positive for the ever-singing home fans.

Atlético Ottawa’s equalising goal in the 61st minute was the outstanding moment for the home side. Coach Carlos Gonzalez must have been particularly thrilled to see his first two substitutes – Malcolm Shaw and Carl Haworth – have an immediate impact, the latter swinging in an outstanding cross from the right that Shaw nodded home after drifting in from the left. But it wasn’t just the end result that was pleasing. The build-up play was excellent, starting patiently with the centre-backs Espejo and Niba, moving to the left to Acosta, probing through the centre with Moragrega and Bassett, shifting wide on the right to find Haworth in space and culminating with excellent off-the-ball movement from Shaw, whose carefully placed header left Giantsopolous in the York goal with no chance.

From that moment, Atlético Ottawa looked like the only possible winners of the tie. Minutes later, Ballou Tabla nearly burst clear after a mesmerising touch that left Jordan Wilson crumpled on the floor, only for the excellent Diyaeddine Abzi to cut off his route to goal. Tabla, again, forced a smart save from Giantsopolous after a surging run through the middle from Abdoul Sissoko. After a slow start to their Atlético Ottawa careers, both Tabla and Sissoko are growing in stature with each game, Sissoko providing both steel and creativity in midfield and Tabla a constant menace both out wide and through the middle.

With the home side in the ascendancy, York United appeared to conclude that a penalty shootout represented their best hope. With a minute remaining, Austin Ricci went down injured outside the playing field, only to crawl back on to interrupt play at the prompting of the York bench. In the resulting skirmish, a red card was shown to a member of the York backroom staff. Then Wilson went down in the York box, claiming a head injury and forcing the referee to interrupt a promising Ottawa attack. His recovery after play was stopped was swift. 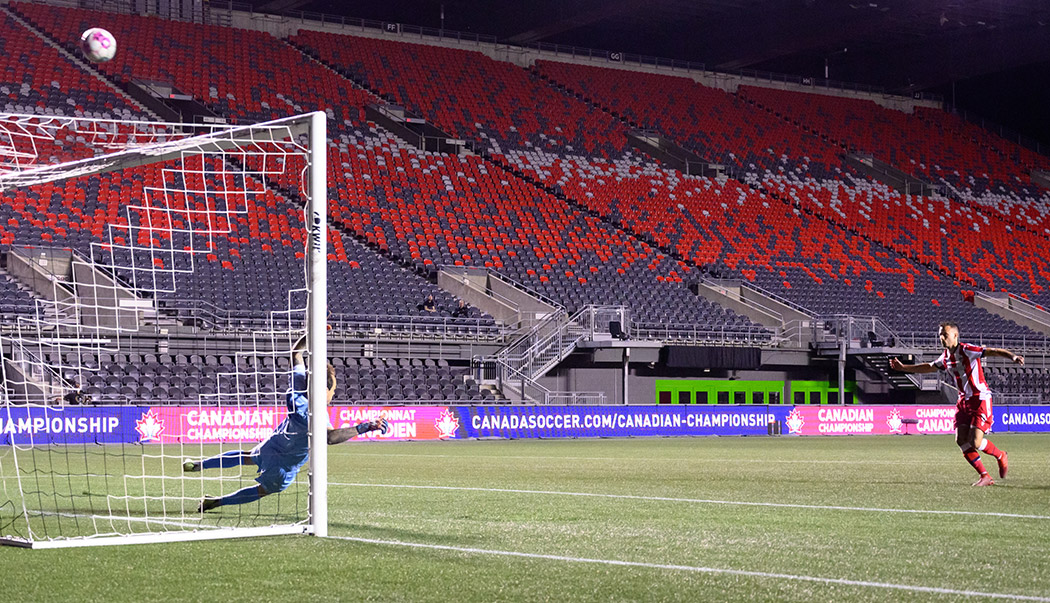 It’s a shame that York resorted to such gamesmanship. In the first half in particular, they engineered a number of decent chances, first forcing Nathan Ingham into a pair of point-blank saves, first from Osaze De Rosario and then from Sebastian Gutiérrez. Ten minutes later, Jordan Wilson stepped smartly out of defence to intercept a weak Maxim Tissot pass, finding Gutiérrez in the centre. The Colombian midfielder’s through ball released De Rosario, but Diego Espejo in the Ottawa defence will have nightmares about his decision to vainly appeal for offside instead of chasing the scampering attacker. Lowell Wright spotted Abzi’s run from the left and the wing back’s finish was unstoppable.

Just before half time, the visitors were inches away from adding a second, but Drew Beckie cleared Dominick Zator’s shot off the line. Ottawa, too, had several first half chances: both Tabla and Moragrega (twice) had good opportunities comfortably saved by Giantsopolous, and both attackers will regret not making the goalkeeper work a little harder for them.

Straight to penalties after 90 minutes

The immediate transition to penalties after 90 minutes was a jarring one. Such a lottery should only be a last resort when teams simply cannot be separated, so the idea of stepping up for penalties without having had thirty minutes of extra time to attempt to score in normal play felt like prioritising cheap entertainment over footballing merit. 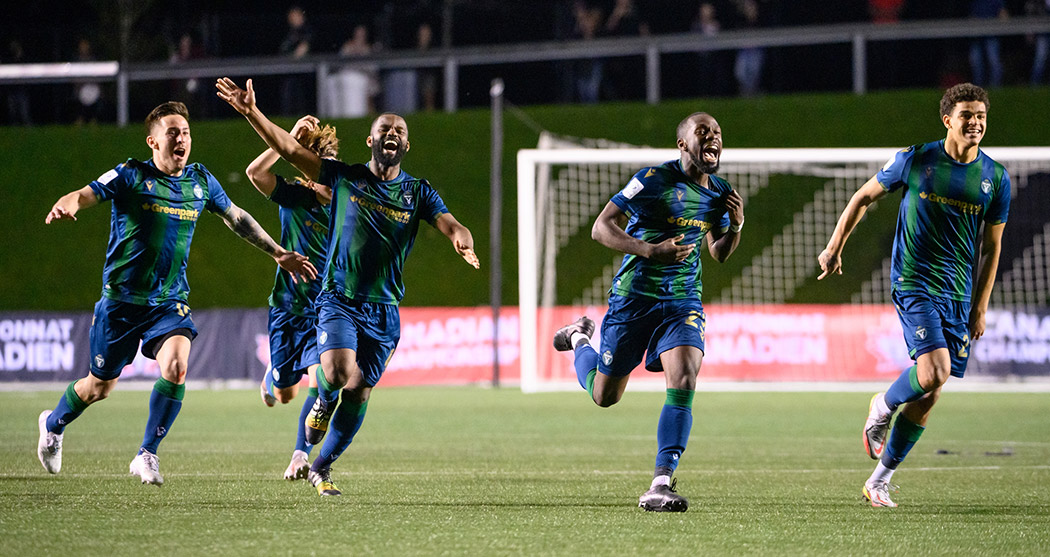 York United coach Martin Nash revealed that his players had practiced penalties during the week, perhaps fearing Ottawa goalkeeper Nathan Ingham’s familiarity with his squad’s penalty technique, having previously spent three years at York. In the end, Ingham only made one save – an outstanding parry low to his left from Osaze De Rosario – and Cedric Toussaint calmly converted the winning shot after late sub Ben McKendry slammed his effort over the bar.

York United will now face Pacific in the quarter-final of the Canadian Championship, while Atlético Ottawa now only have the league to focus on. If they start putting away more of the chances they are becoming better and better at creating, they could yet become a force to be reckoned with.