As they prepare to take on in-form Pacific FC, Atletico Ottawa Head Coach, Mista, described the upcoming fixture as a ‘must-win game’ if they want to retain any chances of making the second round.

“Tomorrow’s game is extremely important,” Mista said when addressing the press on Tuesday afternoon. “At this point we have two games left, looking at the standings and the games the other teams have this is a must-win, a must 3-points”.

Coming off the back of a deflating 2-0 defeat against Forge FC, Atletico Ottawa will have to up the offensive side of their game tonight if they hope to stay in the competition with Pacific FC having won their last two games (against Valour and Cavalry FC), scoring four times and conceding only once.

On Sunday Ottawa had looked a more composed side, retaining a better shape in the second half and taking control of possession for large portions of the game. Despite this, the Ontarian outlet only managed four shots on goal compared to the 14 mustered by Forge.

They must address this lack of incisiveness if they hope to trouble Callum Irving in the Pacific net.

“We need to prioritise what to better on our side first,” Mista said speaking through his translator and right-hand man. “Yes, last game, we had lots of possession, (but) we missed a bit by not being more direct, especially [not]taking advantages of the wings.

“We want to generate a lot of space, taking the ball from side to side and finding angles to go in.”

Fransisco Acuna has two goals and two assists to his name already and during his pre-match press conference his manager was full of praise for the Mexican playmaker.

Mista said that the club was “extremely happy” with him both on and off the field. “He has been a great addition to the team and our Atleti family.

“We knew the quality and experience he would bring to the squad and, game-in-game-out, he can be a top performer and dictate our play offensively.” 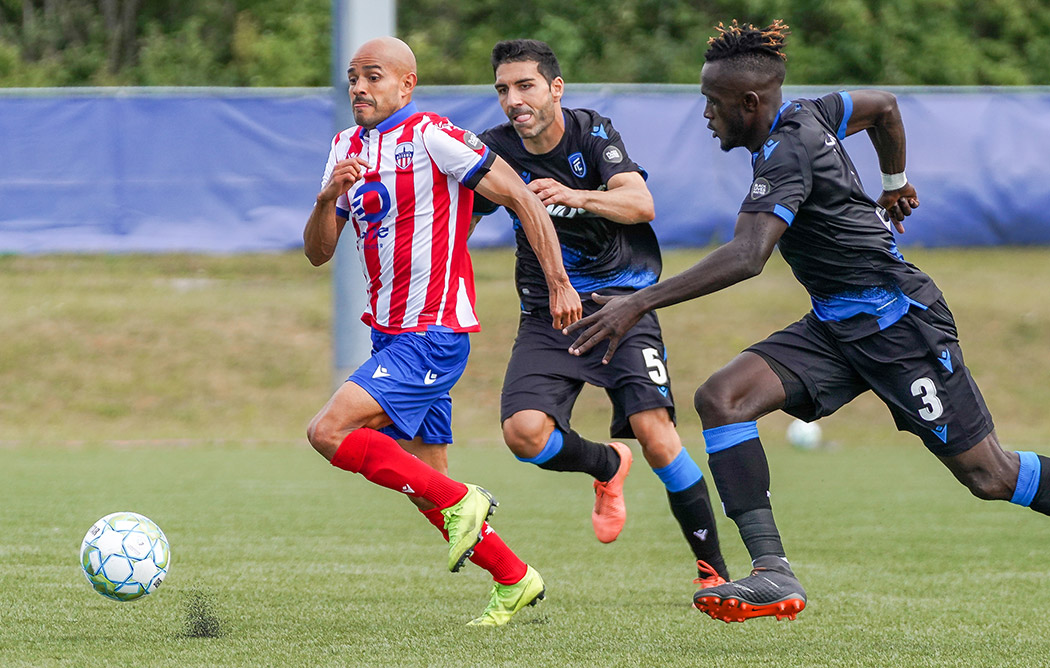 Acuna, arguably the league’s stand-out performer in the first round will need to be on top of his game for Atletico to get 3-points on Wednesday. However, there was another player that has caught the eye of the Ottawa coaching staff.

“I’m happy with the team’s performance and progression,” Mista said. “We’ve been growing in a clear direction in the way we want to play.

“Individually, we can talk about Ben McKendry. He hasn’t been with us very long, and his adaptation and ability to play the way we want to play is great.

“But, in general, every single player adds to the team both on and off the pitch.”

Comments have been made about Mista’s seeming hesitation to utilise all of his available substitutes, running the risk of injury and fatigue in a league that has few rest days between fixtures.

“Some teams have 23 players, we have 20 [and]3 of them are goalkeepers,” he said. “In the end, we will try and utilise as much as possible the potential of each player given the circumstances of each game.”

A potential blow to Ottawa is the fitness of Vashon Neufville. The English full-back has shown some promise going forward when he has featured but hasn’t featured since his injury against Cavalry FC.

Atletico fans will be hoping to see his name on the team sheet this evening, but Mista didn’t have many encouraging words regarding his injury.

“At this point, we don’t know. We are monitoring (him) on a daily, hourly basis. He’s doing a lot of work to get back as soon as possible.

“(It) will be a last-minute addition if we can count on him or not. Either way, we have some players who can fill the role, we saw it with (Jared) Phillips in the last game.

“We’ll see tomorrow how he is and how he evolves in training, and we will determine if he’s ready for a couple of minutes or a full game.”

Atletico Ottawa takes on Pacific FC in Charlottetown, PEI, in the 6th round of fixtures tonight at 8pm ET.