Prior to Sunday’s final, Vancouver Island’s club had not beaten Forge FC in nine attempts – losing eight, drawing one. But Pacific FC manager Pa-Modou Kah was always confident his squad could ignore its past and fulfil its potential.

“Now they can all sit here and say that they’re champions, and that’s something that nobody can ever, ever take away from them. They’re cementing a legacy, not only for themselves, but also for the whole of Vancouver Island.”

Prior to kickoff, Forge FC was expected to dominate the possession statistics. And true to script it was the hosts who carried most of the play in the first 45 minutes, with Pacific FC looking happy to absorb the pressure and look for opportunities to hit Hamilton’s club on the break.

But there were few clear scoring chances in the first 45 minutes. Pacific FC’s Manny Aparicio shot wide in the fifth minute. And Forge FC conjured up a few half-chances themselves, including a Kyle Bekker free kick from distance easily handled by Pacific keeper Callum Irving. 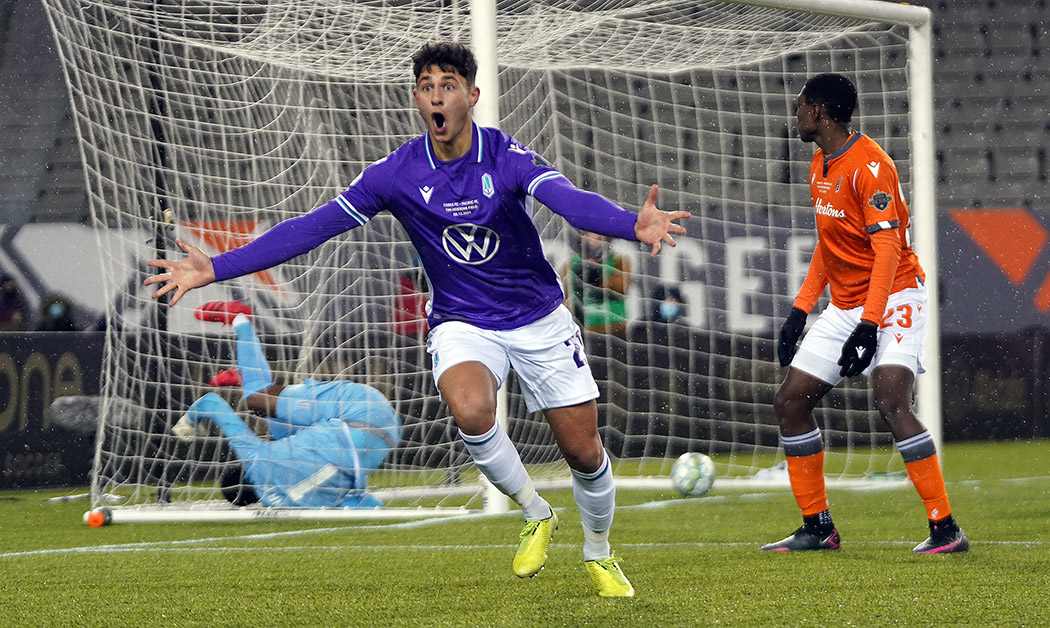 Forge FC’s Emery Welshman had the half’s best chance from only five yards out. The Guyana striker found himself on the end of a decent cross in the 36th minute. But he was unable to bring the pass under control before the Pacific FC defenders scrambled the ball clear.

Kyle Bekker had the half’s final chance, forcing a save from Irving with shot from wide in the penalty area. The first half ended scoreless.

“We passed, we passed, we passed,” said Forge FC coach Bobby Smyrniotis after the game. “We got into zones. We created opportunities. We had cutbacks in the box, we had balls crossed, them blocking shots with shoulders, heads, backs.

“That’s what you get when you have a team that’s sitting very low, you have to find that one moment to crack that line. I think we found those moments, the ball just didn’t go into the back of the net.”

Pacific FC gets their reward

The second 45 began with Forge FC again on the front foot.

But Pacific FC grew into the half and found their reward in the 58th minute. Alessandro Hojabrpour met a Gianni dos Santos free kick with his head glancing the ball past Forge keeper Triston Henry for the game’s lone goal.

Forge returned to the attack. Welshman again had a gilt-edged chance to equalize in the 64th minute. But he failed to cleanly meet a cross with his head from eight or nine yards out. One minute later, Pacific’s Josh Heard hit the crossbar on shot from the edge of the penalty area.

After that Forge FC were held at arms length and posed little danger to Pacific FC’s goal with the visitors eventually earning their first championship.

“It’s an amazing feeling,” said Pacific FC captain Jamar Dixon after the match. “I told these guys we were going to get one chance. And we got it.”